outline not showing up

"Export to native app" is not showing

Condition based on Showing Image

What is going on with the shadows? Most of them are not showing on browser but they show on the Justinmind viewer app

I would like to know if you guys are having issues with shadows. In all prototypes I have been working on lately, being all prototypes of mobile apps, I can't see most of the shadows when simulating (using the integrated chrome browser, or firefox, doesn't matter), however I visualize them when opening the prototype on my mobile phone using the viewer app.

Is this the expected behavior?

this is not an expected behaviour. May I ask if you could you elaborate more on what you mean? Where does this occur? Does it happen with all your prototypes? Some screenshots / videoshot would help.

I made a video that should help: Its a simple prototype. On the left side is the prototype simulated with the chrome browser Prototyper uses. You can see no shadows. On the right side you have the very same prototype viewed from my Google Nexus 4 (i am just using a software to mirror in a web browser what I am seeing in the mobile, but its actually running on the mobile), as you can see shadows are rendered correctly.

I also uploaded the prototype HTML so you can try and open it in different web browsers:

Let me know if I can help further with more info.

I have been researching into this issue with more detail.

With JIM 7 the issue has changed a bit: now the shadows that were rendered in the mobile viewer app (but not in a web browser or the JIM internal simulation browser) are not rendered anymore.

I tested a little bit more and I realized that the reason only some shadows where rendered when simulating the prototype is because in my prototypes I am using all the time dynamic panels, for almost anything, its the best way I found to create complex mobile app prototypes. And I was applying the shadows directly in these panels. Shadows in everything else (rectangles, text...) its working fine, but shadows in Panels don't render. Before JIM 7 they rendered only in the viewer app, now they are not rendered at all. Again, I don't know if this is the expected behaviour.

Besides there is also this strange behaviour now, with the simplest of the prototypes.

This is just a prototype with a dynamic panel (above) and a rectangle (below), both with exactly the same shadow properties (using global light) rendered in my Nexus 4, Android 5.1.1, with last version of viewer app: 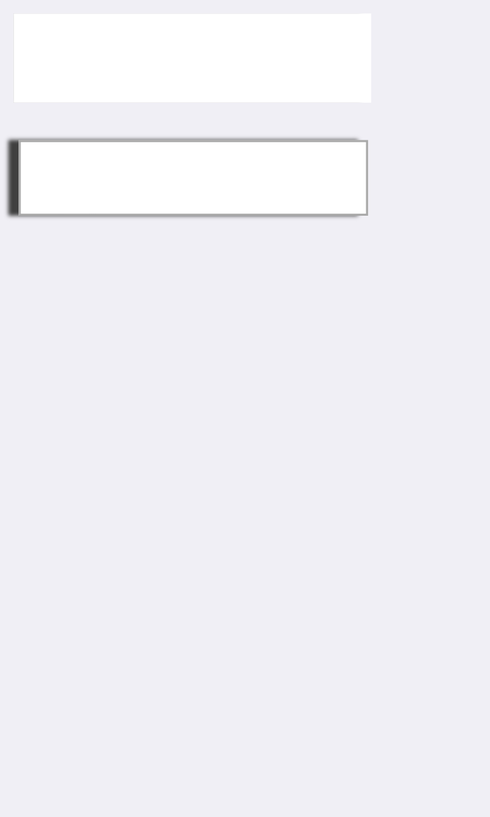 And this is the exactly same prototype when simulating it from Prototyper:

So you can see that:

1. Shadow is not rendered for the panel

2. Shadow is not rendered properly in the viewer app when using global light

The shadow properties are:

I have reported this issue to our development team for further investigation. Thank you for reporting.

Yes, I have same problem as well.

We'll take into account. Thank you for reporting it.