Under Consideration Dave ● 7 years ago

When a new variable is created via the ✚ button at the top of the Variables tab in the Event editor, it appears in a seemingly random location in the variable list, instead of sorted where it belongs. Thankfully, you conveniently highlighted it, or I would have had a heck of a time finding it.

Pictured below is a newly-created variable, "msgs_reply-note_toggle", which is sorted among variables whose names begin with "S" instead of "M", which made it a little bit harder to find: 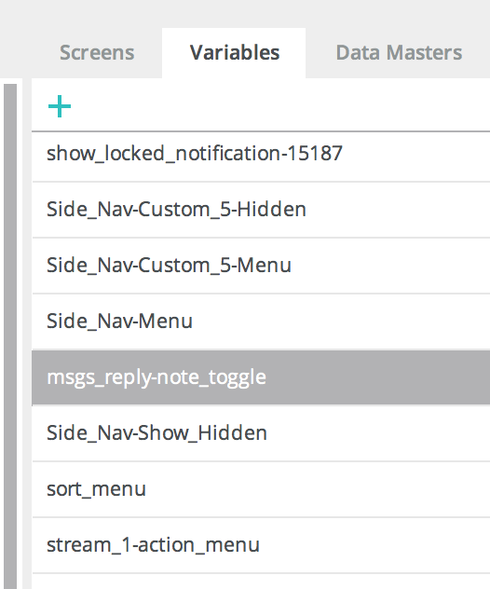 Also, it would be beneficial to scroll to bring the new variable into view, so that the user doesn't have to scroll to find it

We are working on implementing this feature. Hopefully it will be available for our next release.

We are working on implementing this feature. Hopefully it will be available for our next release.

Replies have been locked on this page!