Is there a way to prevent videos from playing in full screen mode?

How to display a video player as a popup on click of a button?

i wish to create an interactive video player with dual screens. is this possible with these 'Justinimind' tools? i will fill this with code after...

Can you clarify what you mean by "dual screens". Do you mean two videos playing at the same time on a single monitor or two videos, each playing on a different monitor?

to be more precise, it is two video players side by side. one plays a video which plays the original un-embedded video. the second video player plays the overplayed video(an advertising banner is embedded into video)

so this is a demo set up showing before and after videos. videos run straight after one another.

I have played a little with video and I will take a look at my prototype to see if I can create an example of what you are wanting to do. At the moment, I don't see any problem with it, but I say that with two caveats.

The first caveat is that it becomes a little more difficult to work with video if you are wanting to overlay any JIM elements (e.g. a text box) over video since video, regardless of where it is in the JIM outline hierarchy, always appears in the topmost layer in the final simulation. So, even if you had a text box above the video in your JIM outline so that the text would overlay the video, and it appeared that way in your JIM UI interface, it would not appear above the video in the final simulation and would likely be hidden underneath it. There is a work-around for this, but it is less than ideal. If your advertising is already embedded in your second video as you say, then this will not be an issue for you. But if you will be adding the advertising within the prototype, then you will encounter this.

The second caveat is that, until I pull up my previous video prototype, I don't know if both videos can be played at the same time, although that also means I don't know that they can't. If you don't need to do this, then I see no reason you can't do what you are looking to do. I will see if I can provide you with an example prototype based on me previous, albeit limited, experience with video.

It is an usual set up, but this is what was required to demonstrate this latest method of embedding advertising which has been presenting some challenges for me and the team i am a part of (mostly programmers)

with the first caveat, as you state, there is embedding already in the second video.

with the second caveat, i do not need to show both videos at the same time(relief). i would be interested in seeing your prototype. we created a face plate(static) with the twin players and various controls too...then we will fill this with code.

because this is a developing technology i cannot go into detail as i have sign a non disclosure form!....

Attached is a prototype with two videos. I've also included a screenshot below. Simply download the attached file and change the filename extension from ".rar" to ".vp" and you will be able to open it in JIM. It is not compressed, so you do not need to unarchive it the way you normally would ".rar" files.

Hopefully I'm understanding what it is your desiring to prototype and that this helps get you closer to that goal. And, as you will see, you are able to play two videos simultaneously. The only difference between this prototype and what you have described above is that, because my prototype uses a mobile screen template, the videos are stacked rather than side-by-side, but this only a matter of positioning. 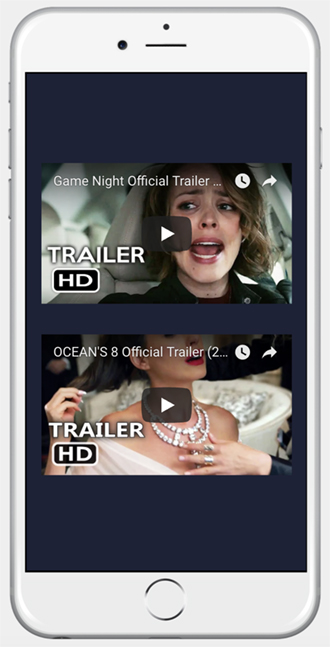 i'm impressed…it did not take much time….the tools from this site are quite tangible…

it certainly helps me to see this achieved…

Glad to hear it!